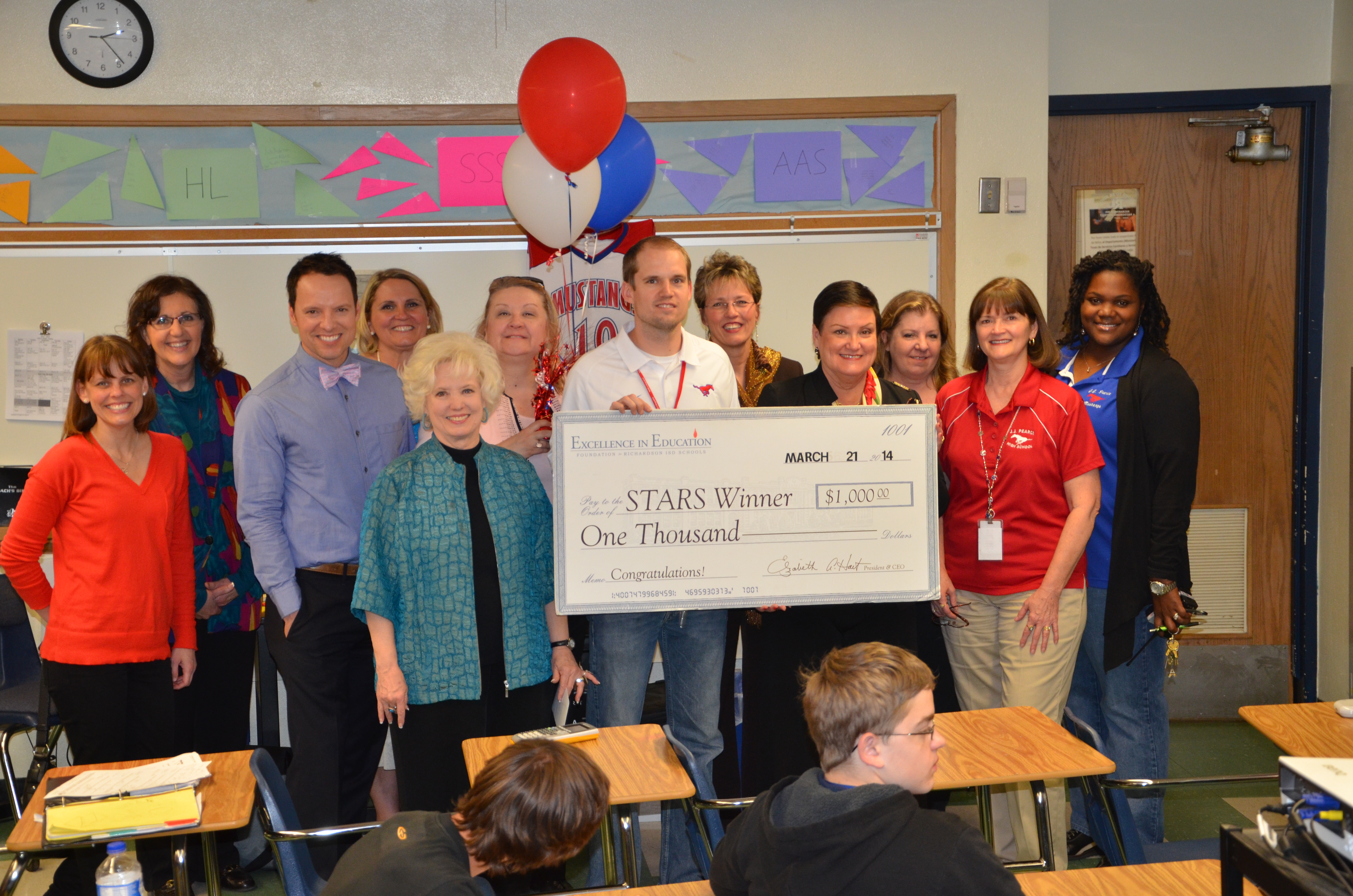 Pre-AP geometry teacher Chad Lawson was selected as a RISD STAR Teacher of the Year on March 21. This award was created to recognize excellence in the classroom and to encourage creativity and superior teaching.

“It’s awkward because I am not big on attention, but I am glad that it brought attention to the three departments I work in: math, AVID and boys basketball, ” Coach Lawson said.

The RISD Excellence in Education Fund chooses 10 teachers every year for this honor after an intensive selection process.

“First, teachers at Pearce nominate other teachers,” Coach Lawson said. “Out of these nominees, one or two are selected to fill out an extensive application that involves quotes and remarks from current and former students, parents, colleges and administration.”

The application is then submitted to a committee that chooses those to interview. The committee is comprised of 10 members: the three past award winners, an RISD Excellence in Education Board member, a member of the RISD Board of Trustees, a district administrator and one PTA member from each of the four high school attendance areas.

“The committee sat in a U-shape and fired questions at me,” Coach Lawson said. “I was then selected as a finalist.”

The committee makes three classroom visits to each finalist.

“After being selected as a finalist, there was a five-week period where people could come in during any period to observe me teaching,” Coach Lawson said.

The “prize patrol” then surprised Coach Lawson and came into one of his classes on March 21 with balloons and an oversized check for $1,000, notifying him that he had won.

“The money will go toward the mission trip to Kenya my wife and I are going on in August,” Coach Lawson said.