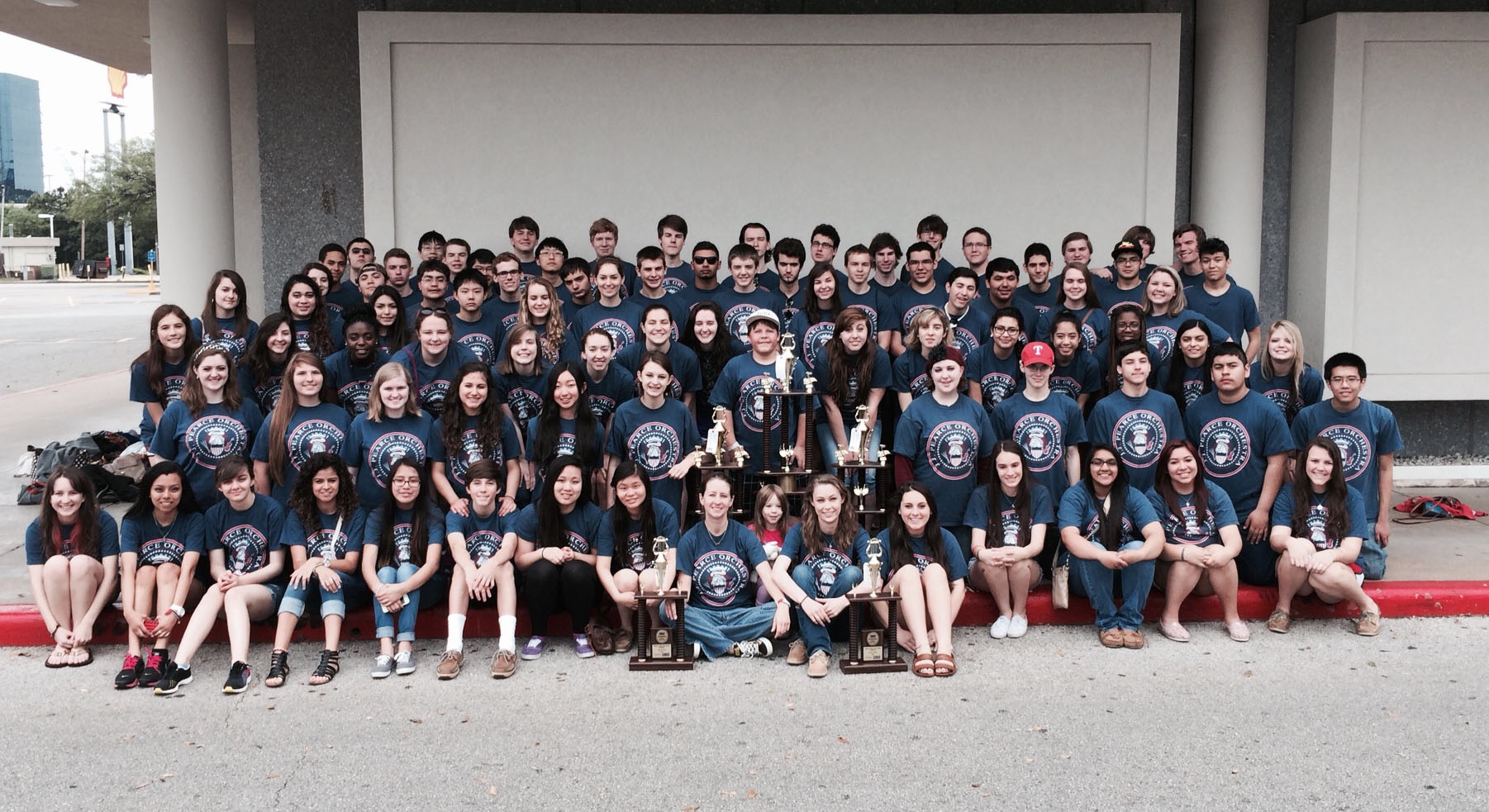 The Pearce Orchestra students traveled to Houston on April 10 to compete in the Space City Music Showcase. Both groups performed three pieces, and Pearce walked away with three trophies.

“The trip was so much fun,” junior Nicole Picquet said. “I loved spending the weekend with all of my orchestra friends and performing great music.”

The varsity chamber orchestra and the mixed philharmonic and concert orchestra performed. Both groups were awarded the “Best in Class” rating, and the chamber group was named “Best Overall Orchestra” for the entire contest.

“We played The Mill and the Train by Fred J. Allen, Rest by Frank Ticheli and Capriccio Espagnol by Rimsky-Korsakov,” chamber orchestra member Ryun Howe said. “At the contest we played the music the best we ever had, so it was a great experience.”

“Capriccio was my favorite piece we played,” Nicole said. “Even though we were rushing the tempo, it was super exhilarating and fun to be able to play it at such a fast speed and not even come close to crashing.”

Beside performing at the Showcase on April 11, the group saw a ComedySportz show, went to Space Center Houston, Moody Gardens, Kemah Boardwalk and the Galleria Houston Mall throughout the weekend.

“We did so many fun things, it’s hard to pick which one I enjoyed the most,” Nicole said. “The bus rides between activities are always the best, though. That’s where all the orchestra kids really bond.”

For next year’s trip the orchestras will be going to Orlando in January. For all trips, orchestra students sell $1 chocolate bars, SCRIPS gift cards and pajamas throughout the year.