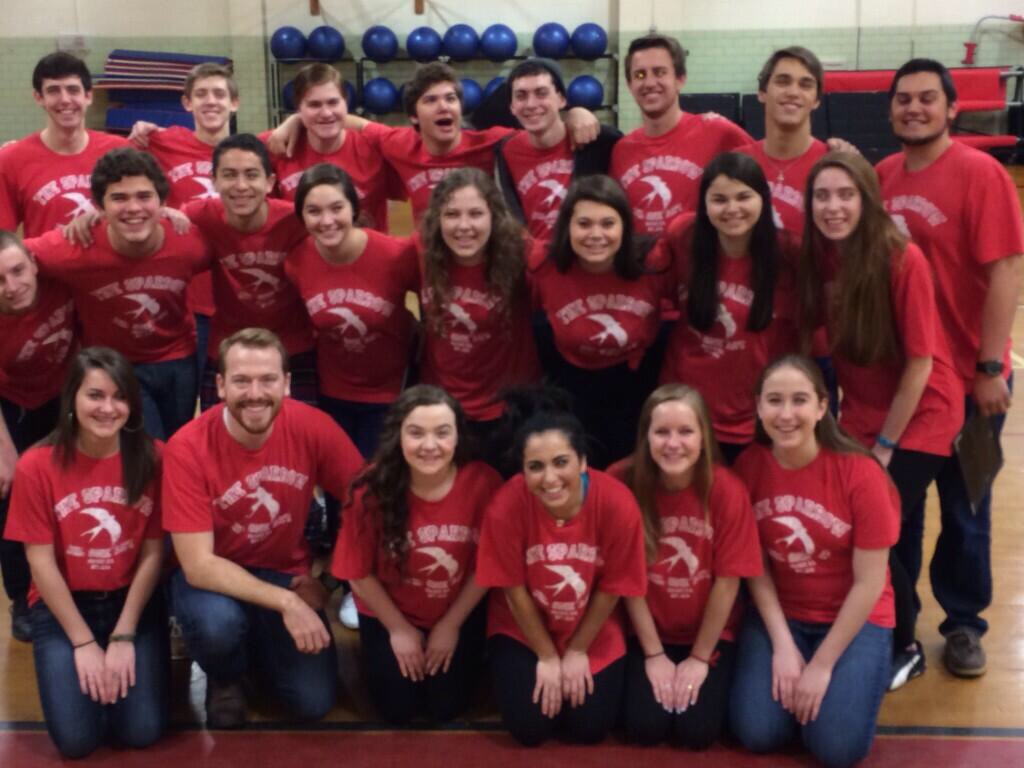 The Pearce theater one-act cast will be going to the regional competition in Waco on May 2. The cast, which is performing The Sparrow, hopes to advance to the state competition in Austin.

“There are four stages that each team has to advance out of to get to state,” junior Sydney Kane said. “Zone was at Richardson High School, District was at Lake Highlands and Area was in Temple.”

For the UIL competition, the play can only be 40 minutes long, with seven minutes to set up and seven minutes to clear out. The Sparrow is a play from 2007 about a girl named Emily with mysterious supernatural powers.

“This is our second year to do the UIL one-act, and it is the farthest we have ever advanced,” senior Mollie Meril said. “We have been working on it for about three months and have practice almost every day for a couple of hours.”

In the Zone portion of the competition, Pearce competed against 16 other schools, with only two schools moving on to District. The team walked away with eight awards, including an advancing trophy.

“Although individual awards are nice, nothing beats hearing the name of our school being announced as one of the advancing plays,” Dylan said. “One-Act is first and foremost a team effort.”

At Area, Pearce competed against six new schools, with only two advancing to compete in regionals. The team won four awards again, including an advancing trophy.

“Our Area competition was hard. We were competing against other strong and amazing casts,” Ilona said. “It was really stressful, but I think it brought us together, and our hard work showed in the performance.”

The cast consists of 22 Pearce students from different grade levels. Rehearsals for the competition are held in class as well as after school.

“A main reason one person gets recognized as an individual actor is because other members of the cast help to elevate them to stand out,” director Heather Biddle said.

Mrs. Biddle directs the show along with Mr. Bryan Lewis.

“I’m really excited for our team, and I can’t wait to see how we’re going to do at regionals,” junior Eston White said. “It’s been an amazing run, and I’m so honored to be part of such an awesome cast.”

The one-act cast will continue having practices in class and after school until their performance in May.

“Hopefully we’ll advance to state, which is held May 19-21 at the University of Texas campus in Austin,” Sydney said. “We are all so pumped to have this opportunity, and we can’t wait to compete in two weeks.”