Class scheduling proves to be difficult 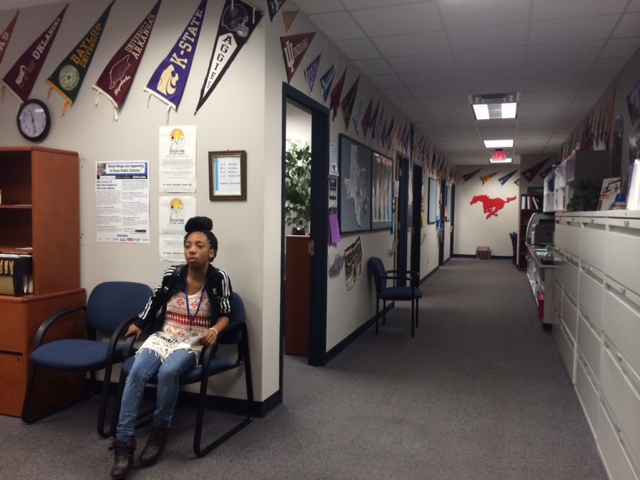 At the beginning of each year some classes are overcrowded while others have empty seats. Students’ schedules are constantly disrupted by schedule changes in an attempt to balance out the classes.

“The district gives the school a certain number of sections based on enrollment. It is a guessing game,” counselor Annette Moran said.

Scheduling at Pearce is done using a computer program, but many conflicts can arise.

“After course requests are submitted, sections are divided up based on numbers, and each department head creates a schedule for their department,” freshman and scheduling principal Donna Anthony said. “It is put into the computer, and my job during the summer is to look and remove as many conflicts as possible. But it is impossible to remove them all.”

Counselors are busy every year during the first week of school adjusting class size and correcting computer mistakes. This causes students to be moved, classes to be dissolved and entire classes to switch teachers to more evenly distribute students among sections. Teachers’ schedules are also taken into consideration.

“During the second week of school I came back from a class representative meeting to find out that our class had been moved and given to a different teacher,” junior Hannah Harden said. “Having to catch up to the other classes and getting used to a new teaching style was kind of annoying.”

This year about 150 students enrolled late, which adds to the scheduling challenge.

“We try to put kids who register late in the smallest classes, but it doesn’t always work based on what those students need,” Mrs. Moran said.

In addition to the problem of overcrowding, some students may initially end up scheduled for two classes in the same period.

“There are always problems with ‘singletons,’ classes only taught during one period,” Mrs. Moran said.

Classes offered only during one period are not the only problem that affect scheduling.

“Juniors and seniors that want to get out early also cause classes in the mornings to be overloaded,” Mrs. Anthony said.

Although there were many conflicts, not all students were dissatisfied with their schedules.