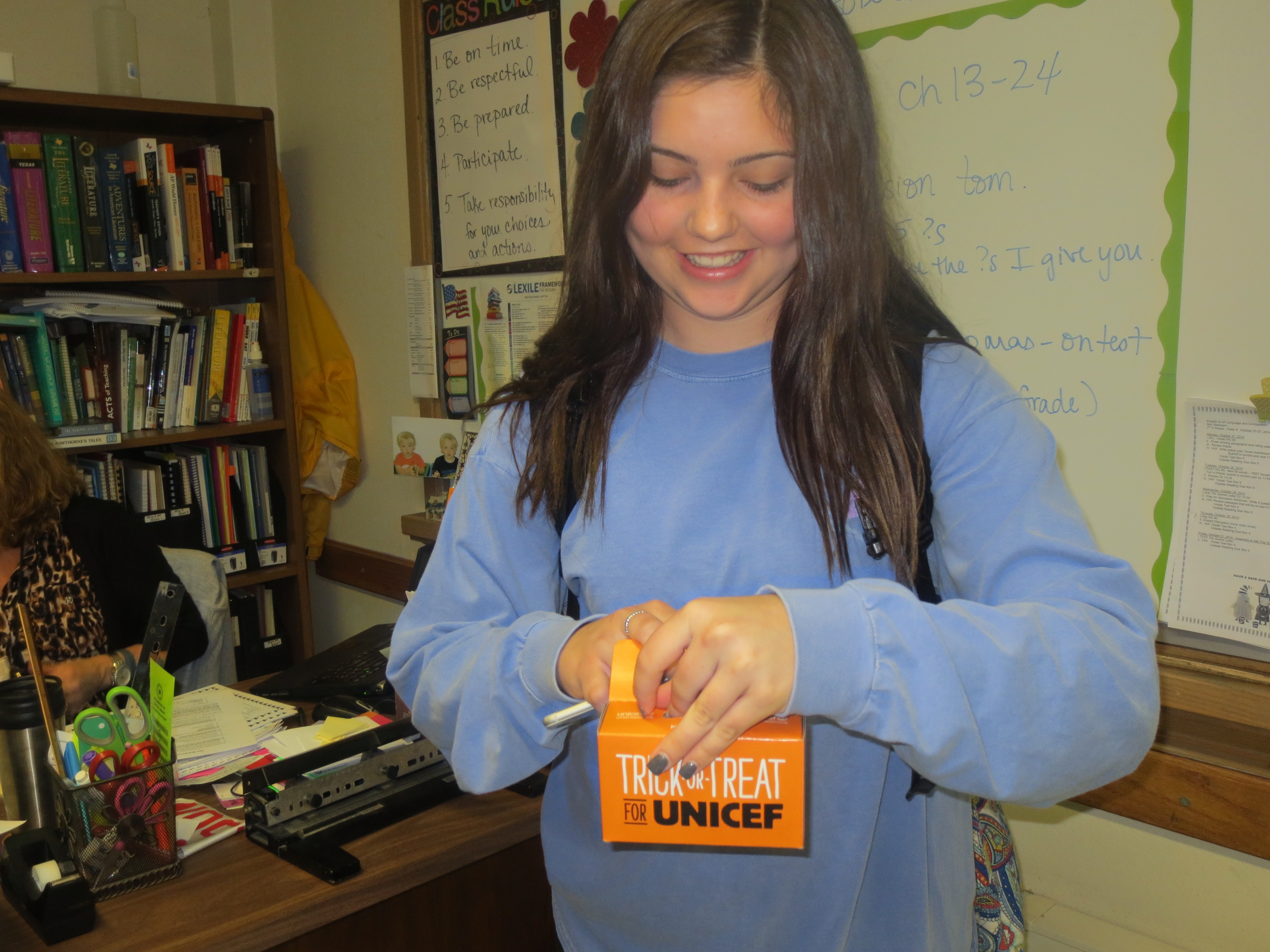 The Pearce UNICEF Club participated in their annual fundraiser, “Trick-Or-Treat for UNICEF” during the week of Oct. 27–31. Club members went to different classes during SOC to collect money from students and teachers.

The club collected a large amount of money which will be donated to UNICEF. UNICEF is the United Nations International Children’s Emergency Fund, a major source of aid for children across the world.

“In total for our four days of fundraising, we collected over $1,000 from both Pearce students and the Pearce community,” club president Shian Omar said.

“Every day during SOC we went to Ms. Gandy’s room to pick up the orange UNICEF boxes,” junior Molly McGrath said. “We would get lists of the assigned rooms and then we would go to the rooms to the receive donations.”

“When we walked into the rooms we said ‘Trick-or-Treat for UNICEF,'” Molly said. “We then explained what UNICEF was and what the money that they were donating was going toward.”

The money that the group collected will go to UNICEF, which will then use the money in several ways.

“The money will go towards vaccinations, food, clothing, education and clean water for children around the world,” junior Giselle Torres said.

Over 30 UNICEF club members participated in the fundraising effort.

Many of the participants were surprised by the number of people who were wiling to donate for the fundraiser.

“Everyone was very supportive and helped our cause by donating,” junior Sarah Taquet said. “Freshmen donated the most, while the seniors donated the least. Overall the fundraiser was very effective, and we are very proud of those who contributed.”

Club sponsor Alex Gandy is also very proud of the clubs efforts and the formation of the club.

“There is nothing cooler than watching kids talk about the world around them,” Ms. Gandy said. “The passion that they have for understanding world issues is unique at this age.”

“Shian’s knowledge is indispensable,” Ms. Gandy said. “She rocks and created this club all on her own.”