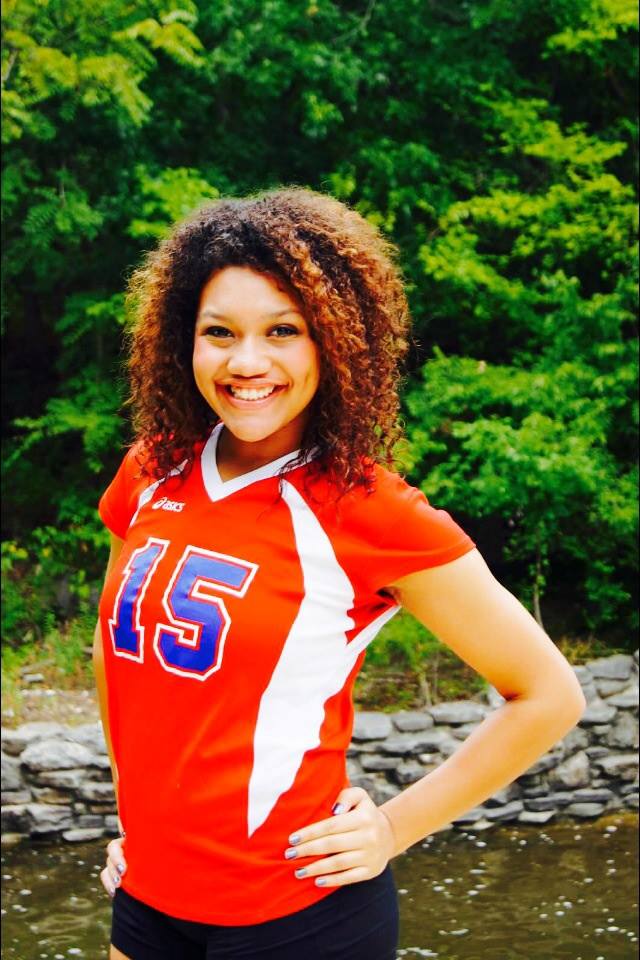 Senior Chanel Cooper will play Division I volleyball at Fairfield University in Fairfield, Conn. next year. She was recruited by them and will receive a full scholarship to play volleyball there for the next four years.

Pearce’s varsity volleyball team had a 17-match winning streak until they faced the defending state champions, the Westlake Chaparrals, on Nov. 14. “We lost to a fantastic team that is of high caliber, and they won state the year prior with a perfect record, so I think if we were to lose to anybody, we are glad it was them,” Chanel said.

They finished fifth place in 6A volleyball and head volleyball coach Jennifer Nance was there to lead them through it all. “The girls worked hard all year, especially with all of the changes thrown their way,” Coach Nance said. “Chanel was no exception. She worked hard all season, and if we ever changed anything, she was always on board, since she knew it would better the team.”

Chanel is very close to her teammates and has formed strong friendships with the other players. “Chanel is an inspiring and uplifting person to play on a team with,” Lady Mustangs volleyball player Jackie Miller said. “She is always so positive and encouraging of all her teammates on and off the court. Chanel brings the locker room atmosphere up because you can always hear her laugh or happy voice despite the loud music we play.”

Coach Nance has high hopes for Chanel in her journey through college. “I think that with Chanel’s hard work and positive attitude, she is going to do great things at Fairfield University,” Coach Nance said. “She is a smart player and has the potential to start as a freshman.”

In addition to playing volleyball in college, Chanel plans to major in English and go to law school upon graduation. “I think that in an English major there are so many tools. We write and communicate with people every day, and I want to learn how to do that in a more professional and formal way,” Chanel said. “One of my dream jobs would actually be publishing books.”

Being an athlete takes a lot of time during the day, and it is essential to have good time management, especially on game days when the members come to school around 6:30 in the morning and don’t leave until 9 p.m. “ It’s really tiring, but I think at the end of the day it is really worth it,” Chanel said. “The most important part is that you are maintaining your grades and you are getting done what you need to get done.”

Chanel is also a SOS Lifeguard and a member of the UNICEF Club, NHS and Peer Mediators. “I’m not as involved this year as I was last year because I realized this year that I can’t overload myself,” Chanel said. “Its great to be involved, but if you are involved in a lot of things and you aren’t really invested, it isn’t really doing anything for you or for anyone else.”