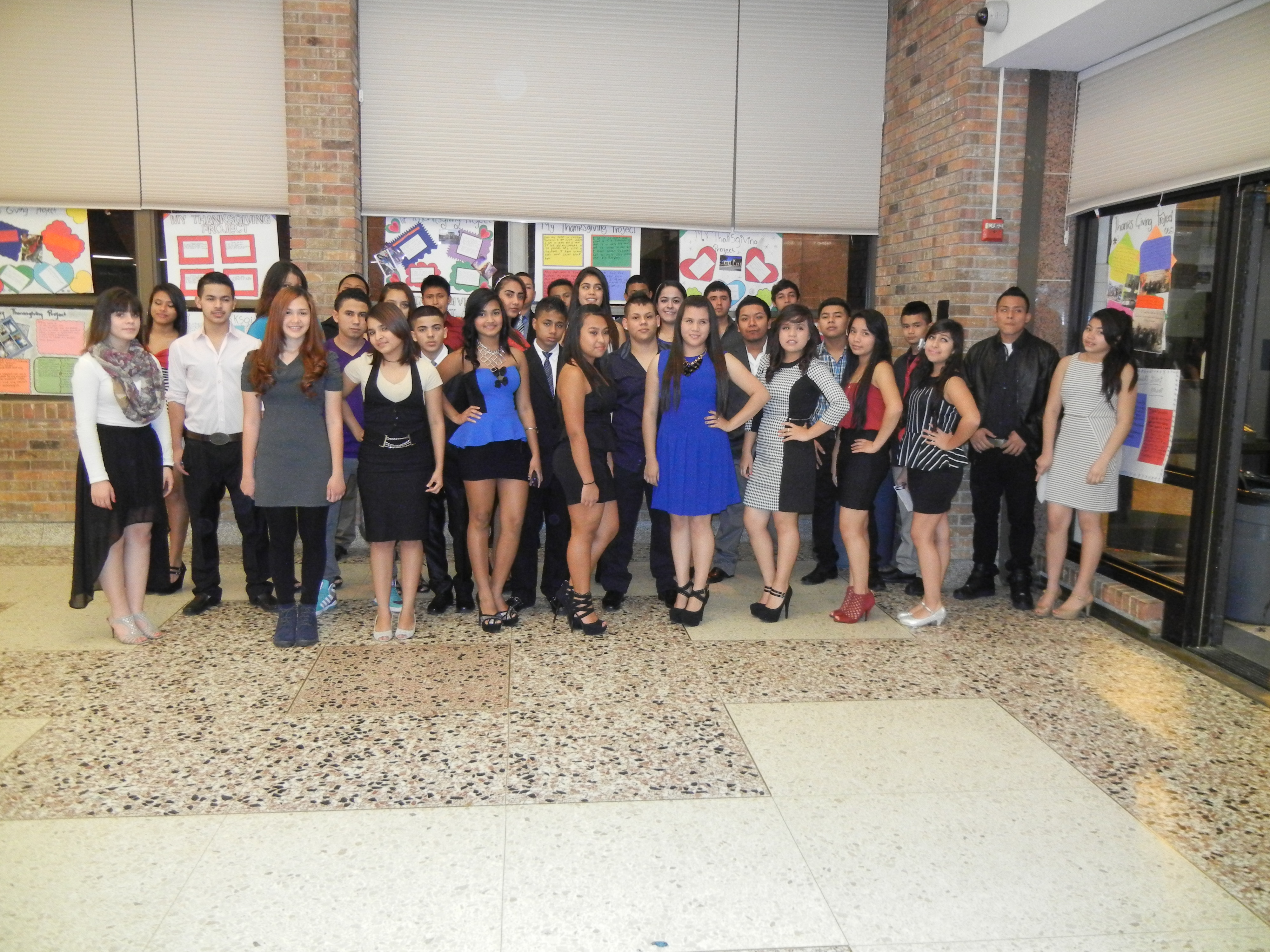 Students attend a thanksgiving celebration held yearly by the ESL Dept. on Nov. 20 in the Corral. The event allows students and their families to be introduced to the American tradition of Thanksgiving.

The Pearce English as a Second Language department hosted its annual Thanksgiving celebration in the Corral on Nov. 20. This celebration provides many students and families their first introduction to the American tradition of Thanksgiving.

Six years ago Mrs. Silvia Olazaran, ESL department head, and former Pearce teacher Linda Calderwood had the idea of hosting a dinner for their students, many of whom had recently immigrated to the United States. The event’s initial purpose was to introduce students to the American tradition of Thanksgiving.

The yearly event has been held on the Thursday before the weeklong break, exactly one week from Thanksgiving day. The first year the dinner was held in Mrs. Olazaran’s ESL classroom and participation was limited to students enrolled in ESL classes.

“For the first couple of years I bought about half of the food and the PTA provided the rest,” Mrs. Olazaran said.

After the first year’s pilot project was a success, Mrs. Olazaran decided to expand the scope of the program, inviting parents of students in the ESL program to come and moving the event to the Corral.

This year, at the request of Principal Philip Bates, the funds to purchase the food were shared by the various booster clubs at Pearce.

Many seniors in the SOS freshman mentoring program donated a minimum of $1 toward helping to cover the cost of the dinner.

At the event on Nov. 20, students presented sections of a PowerPoint presentation previously created in their classes about the first Thanksgiving in America, while other students were tasked with creating a poster reflective of the things that they were thankful for.

“I had to present 11 slides about the first Thanksgiving to the crowd,” junior Celestino Lopez said. “I talked about the first settlement and government based on research from the Internet.”

The crowd of 143 people had the students sharing their presentation for families in attendance for knowledge of the first Thanksgiving and the various authentic Thanksgiving foods served at the event.

“Thanksgiving was definitely a new experience for me and for my family,” freshman Fernanda Rubio said. “I was a little nervous saying my memorized poster in front of everyone, but it actually wasn’t that bad.”

“It was a very special memory going to the Thanksgiving dinner and being with my family,” Fernanda said.

“I have coordinated this Thanksgiving dinner for many years, but the booster clubs really came through and made this year’s dinner special,” Mrs. Olazaran said.

Like Loading...
‹ CIA club established to promote awareness of different cultures
Food pantry helps out students and families in need ›