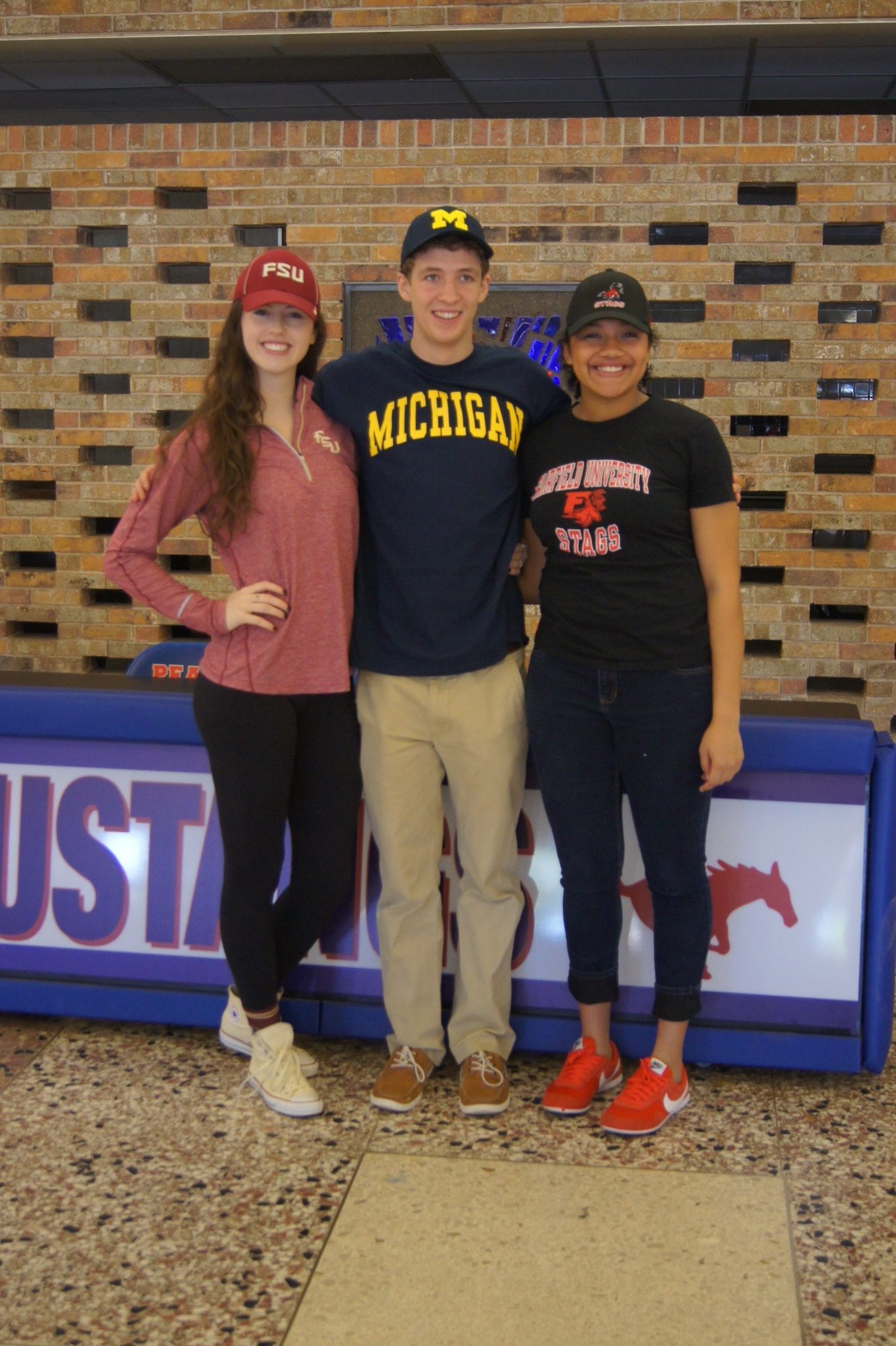 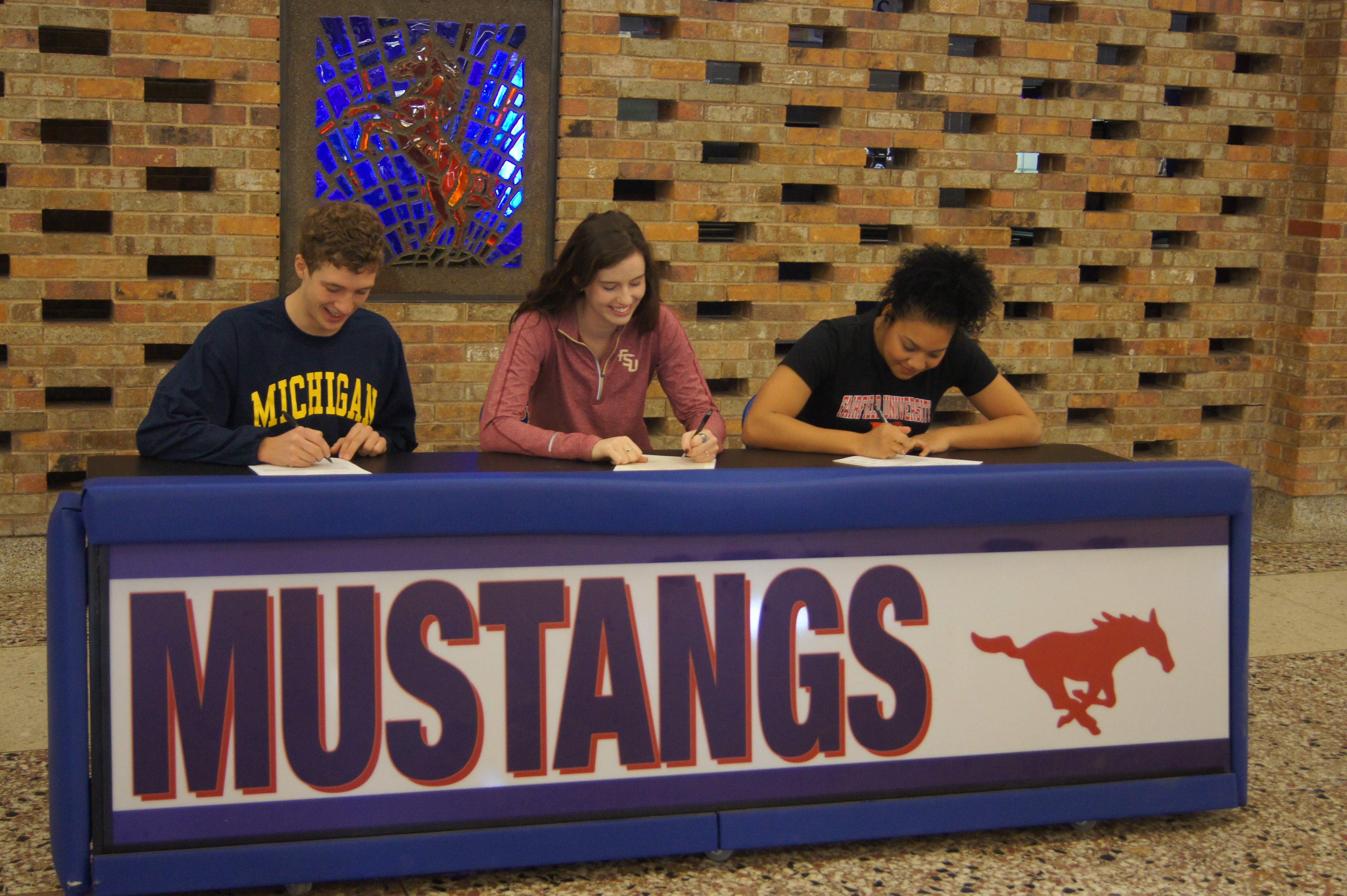 On Nov. 12, seniors Brianne Burkert, Chanel Cooper, and Blake Maczka all signed to colleges with their athletic teams. Brianne and Chanel signed for volleyball and Blake for swimming.

Brianne played the entire season already committed to Florida State University, making it official on Nov. 12. “Already committing before the season made my play more stress-free because I didn’t have to worry about being recruited, I could just play my game,” Brianne said.

The floor captain and setter played exceptionally well this year, leading the team to the Regional Finals. Brianne is also a USA volleyball junior Olympic national champion, which she accomplished over this past summer.

Chanel committed to Fairfield University. Fairfield is located close to New York City, and their volleyball team travels all along the east coast. “I believe that the location can benefit me internship and job wise,” Chanel said. “My coach is looking to take the program to where I believe it will challenge me as an athlete, but when we are successful it will reward me in many ways.”

Blake verbally committed to Michigan in October, adding to the Wolverine team at a crucial time. Last spring, Olympian Connor Jaegar graduated, and Michigan hopes that Blake will be able to fill his big shoes. “Connor’s spot will definitely leave a big space to fill, but he is still training at the university for 2016,” Blake said. “I think training with him and other UM Olympians will be a huge help.”

For all of these athletes, signing day was a day of excitement and of relief. “It felt surreal in the sense that I cannot believe college is actually here,” Channel said.

Signing day is a big day for any athlete. “Signing with the University of Michigan was a dream come true,” Blake said.

“Above all, it was an incredibly humbling and rewarding moment, one that I had hoped I would experience for a very long time,” Chanel said.