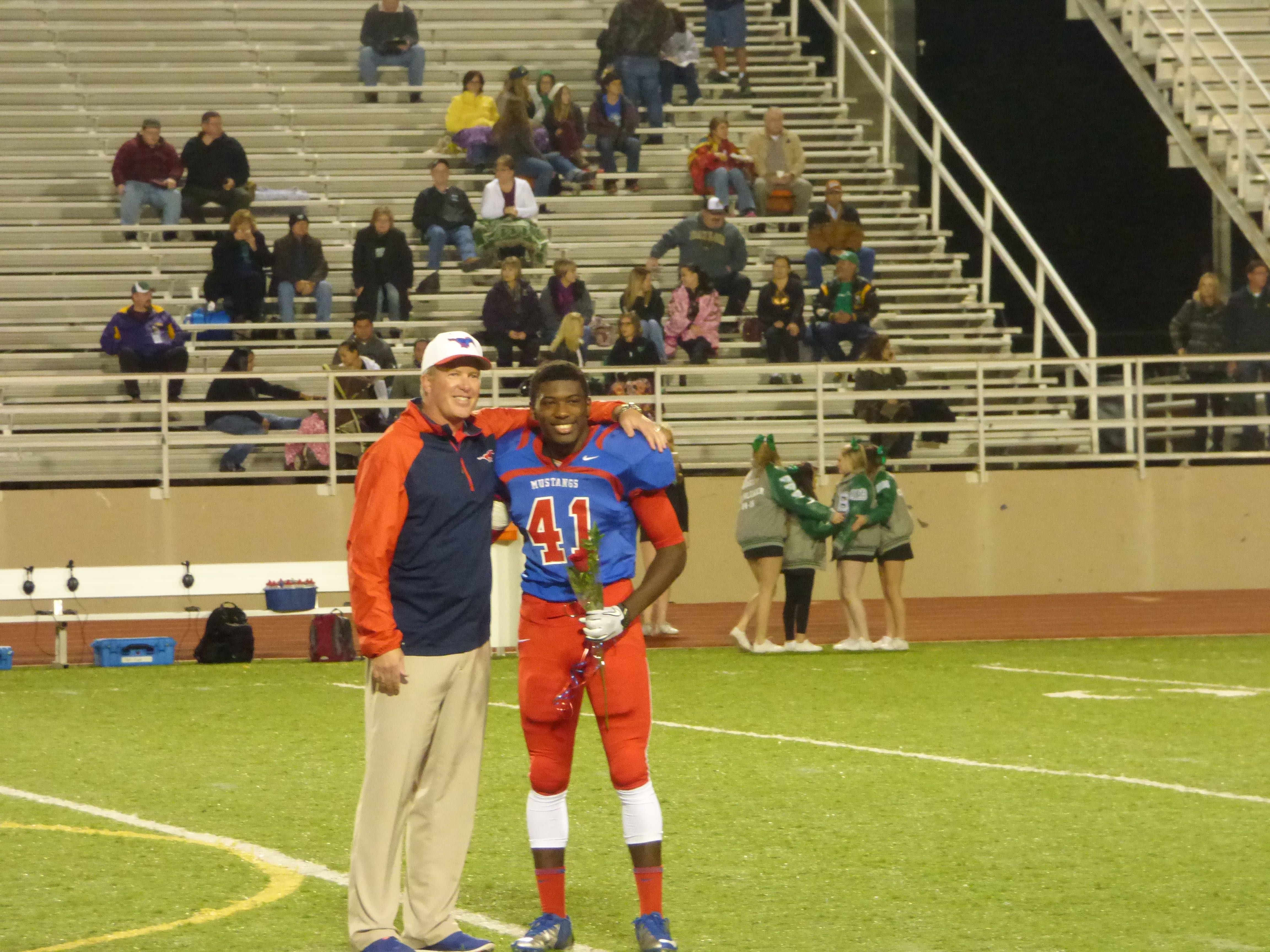 Senior Arrian Curry taking a picture with Coach Randy Robertson before the football game against Berkner, which was the final game of the year.

Many seniors are approaching the final games they will ever play as a member of Pearce athletic teams with the school year coming to an end in June. Now is a time for players to reflect over their experiences in sports, including the good times and the bad.

Senior Brennan Baxter played for the varsity basketball team, competing at all levels of the sport each of the four years he has attended Pearce. He remembers all of his times with basketball positively, and expressed how being involved with the team has affected him.

“Being part of the basketball team has really changed who I am,” Brennan said. “I have a better sense of leadership than I had before, and being a part of this team is the reason why.”

Leadership skills will help everybody later in life, and if students can learn those skills early, it can only benefit them.

Along with gaining leadership skills, being involved with the sports teams helps build a stronger work ethic. Senior Arrian Curry said that having a strong work ethic is largely due to his time involved with football.

“I’ve played football all four years of high school, and the biggest way this has helped me is toward building a stronger work ethic,” Arrian said. “My goal was always to play for this team and to play well, and without the help of our coaches I don’t know if that would have been possible. The coaches here have helped me build my perseverance, and now I know that I can accomplish anything I put my mind to.”

It’s not only the team sports that help build character for athletes. Senior Kevin Armbruster says that the feeling you get from playing sports in something that can’t be matched.

“The feeling of winning a match is something that I really like about playing tennis,” Kevin said. “It gives you that feeling that you really don’t get from anything else. It makes you more confident and definitely overall makes you feel really good.”

Brennan agreed with Kevin about this, and said winning is a huge part of the culture of Pearce sports.

“When we won a game, it always felt so good,” Brennan said. “Just seeing all the hard work of the coaches, the whole team, come to a win was the best part. Being able to make the fans happy with a win and make the school proud is very important to me.”

No matter what sport the student athletes played, they gained a lot of valuable experience, and all of them look back on it positively.

“Once I’m done with high school, being a part of football will be what I look back most proudly on,” Arrian said.

“Pearce basketball has been amazing over the past four years, and even though high school is about to be over, the experience I gained from it will be with me forever,” Brennan said.