By Carolyn Perlmutter | Editor in Chief 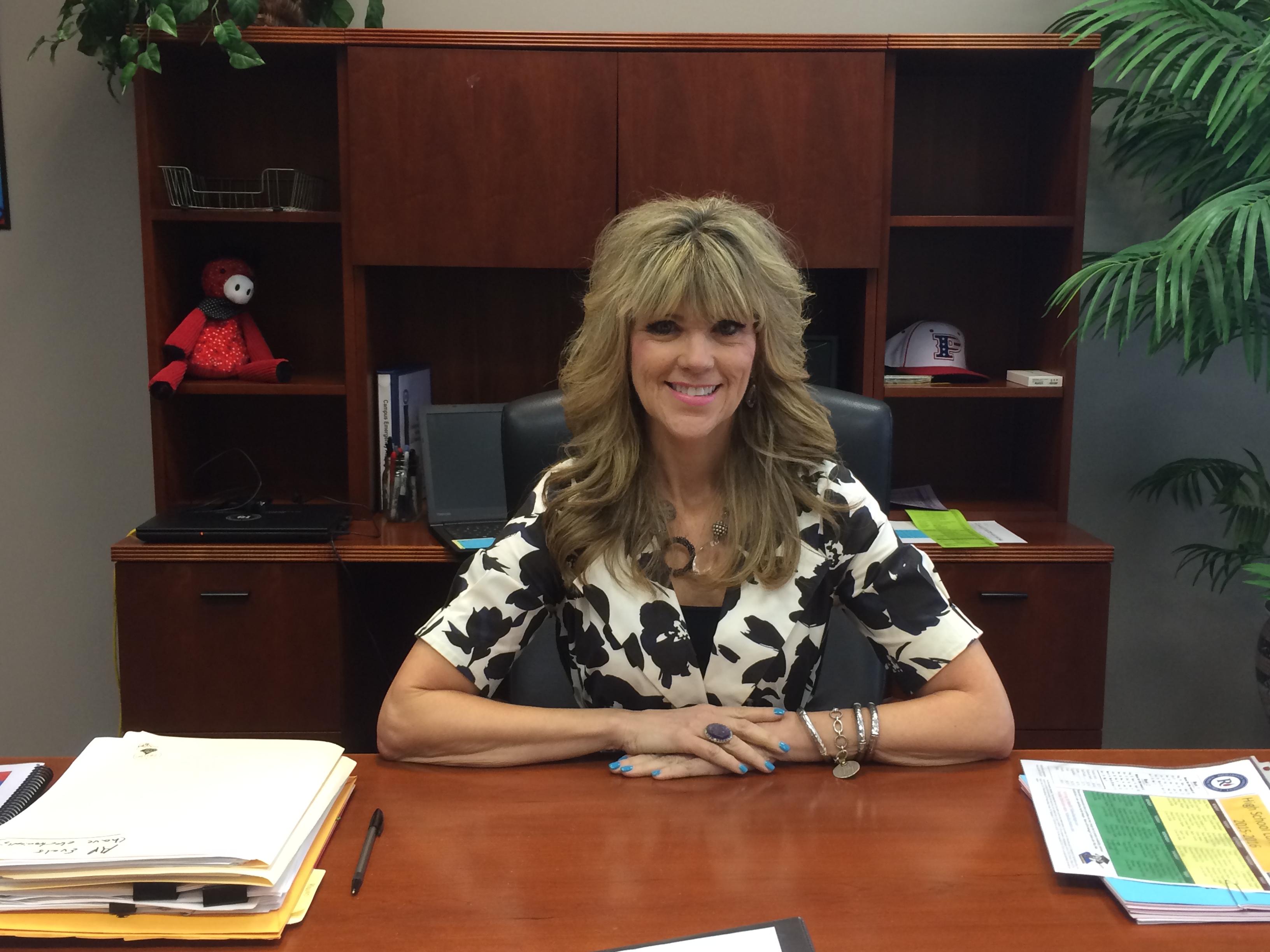 “They assigned me to interim principal because I had been here, I know the school community and I have experience as a high school principal, so it’s easy to come in and hit the ground running,” Ms. Dillon said.

Before being named Interim Principal, Ms. Dillon was the Executive Director of High Schools for RISD.

Until a new principal is announced and takes over, Ms. Dillon’s duties as Executive Director of High Schools are being split among different members of the administration.

“She has a lot of experience, not only as a principal but also working in district administration,” senior Rebecca Francis said. “She also is so friendly and excited to know and talk to students.”

Ms. Dillon grew up in Mesquite and went to North Mesquite High School.

“I was one individual who didn’t go straight to college,” Ms. Dillon said.

Before Ms. Dillon went to UTD, she worked for Lincoln Property for 15 years.

“I always wanted to teach,” Ms. Dillon said. “It’s the most rewarding job you could do.”

Ms. Dillon has been either a teacher or administrator in the RISD for almost 20 years.

She taught eighth grade social studies for six years at Lake Highlands Junior High, and her first assistant principal job was at Pearce.

“I started as the building principal when all the construction to bring in freshmen began,” Ms. Dillon said. “I was at Pearce for four years, the last two years as senior principal.”

After six years at Pearce, Ms. Dillon was the Principal at Westwood Junior High for four years.

“Ms. Dillon is very open and honest, but at the same time no nonsense,” Advanced Placement Calculus and Algebra 1 teacher Jordan Cappetta said. “I am thrilled that she is back here with us.”